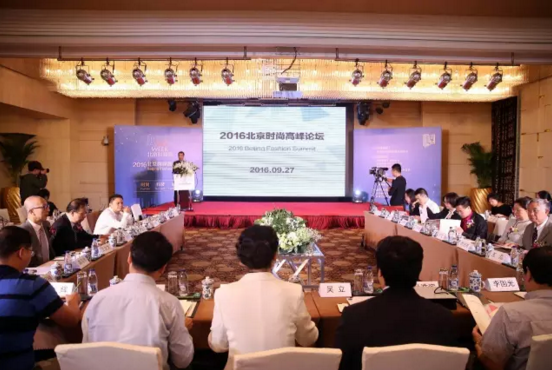 Relying on Beijing Institute of Fashion Technology, the Research Center of Capital Garment Culture and Industry which was founded in September 2004 is now one of the first batches of Beijing philosophy and social science research base that was jointly established by Beijing Philosophy and Social Science and Beijing Municipal Education Commission.

Since its establishment, the research base has established a very good scientific research environment and research conditions in line with the principle of “open, mobile, joint and competitive”. The orientation of the research base is devoting itself to building a large scientific research base for China’s apparel culture and clothing industry. Closely around the implementation of the main line of the cultivation of high-grade, precision and advanced products and the "three cultivation strategy", the research base is now striving to enhance its professional ability in creative design, brand communication, brand protection and  brand culture etc. Tightly around the four major research directions such as clothing culture, clothing industry, Beijing fashion capital construction, cultural and creative industries and also with the development of the times and the development of capital construction, the research is now expanding the scope of the study and increasing the research of fashion industry. The research base is now committed to building itself into a domestic first-class and internationally influential research base in the world. The research base will focus on the major theoretical issues and practical issues in the process of Beijing garment industry and the fashion industry and will provide theoretical services and intellectual support for the municipal party committee and municipal government’s scientific decisions. The research base will serve the economic construction and social development of the capital and contribute to the transformation of the garment industry to "China's creation".

In addition, as the carrier of the government and enterprises, the research base takes the social and economic development of the capital as its own responsibility, and also brings together and fully tap the high-quality resources of all sides. Service to Beijing garment enterprises is one of the positioning of the research base. The research base takes “self-cultivation” as its training concept and carries various forms of training activities for Beijing garment enterprises. The research base not only teaches management knowledge, but more importantly carries on the inheritance of social responsibility, so that the Beijing clothing enterprise could make sustainable progress toward "faster, higher, stronger" target.