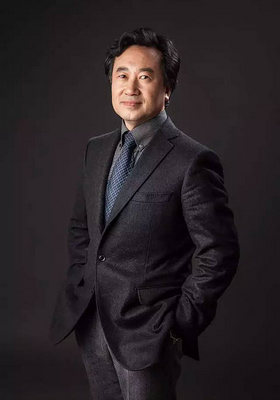 Professor Liu is a representative of the first cohort of experts in higher education and research in clothing and fashion art design following the implementation of reform and opening-up policy in China. He has long been working in the forefront of teaching and research as an important figure in the area of higher education of fashion design and engineering. He has published more than 70 academic research papers and created more than 100 sets of fashion design products. He has also published seven academic books and textbooks, three of which, including “Fashion Art Design”, have won National Textbook Awards. His research project on Chinese elements in traditional costumes and innovative design has received major grant from National Social Science Funding Council. His “Combining Art and Engineering in Fabric and Textile Design” has received national teaching team award and his “Innovative Education of Fashion Design --- reform of talent cultivation model based on combination of art and engineering” has won the second prize of National Teaching Award. In 2014 he was named one of the “Top 10 Figures of the Year” in Chinese textile and apparel industry. His lecture was selected by the Ministry of Education to be included into the 6th batch of “Online Courses of First-Class Quality Open to the Public”.

Professor Liu has taken the lead in several national major research projects, such as designing the uniforms and costumes for Beijing Olympic and Paralympic Games, and the clothing for general public performing in China’s 60th National Day mass parade in 2009. In particular, he led the BIFT team to design Chinese-style outfits for the participants of 2014 APEC Summit, which won high praise from the leaders of the central government and the Party, as well as from all walks of life.

Professor Liu has also participated in the development and construction of Beijing fashion industry, working on the initiative of building a “Capital of Fashion”. In addition, he has led a project on creation and development of BIFT’s own fashion brand, and designed new generation of Chinese academic dresses for Bachelors, Masters, Doctorates and faculties, as well as uniforms for primary and middle school students in Beijing. Moreover, Professor Liu played a leading role in applying for the establishment of the proposed doctoral program themed on “The Rescue, Inheritance and Design Innovation of Traditional Chinese Costume Culture”, which has been approved by the Academic Degrees Committee of the State Council. Professor Liu also participated in designing the award ceremony costumes for Guangzhou Asian Games and Shenzhen Universiade. Furthermore, he has been engaged in the strategic planning and research with regard to how BIFT can serve the coordinated development of the Beijing-Tianjin-Hebei region and the “Belt and Road Initiative”