Big News! Prof. Liu Li as the Representative of Researchers in the Beijing 2022 Winter Olympic Games in the Review by General Secretary Xi Jinping

General Secretary Xi pointed out during the investigation in the "Erqi" snow and ice games training base that this is the first year of the next one hundred years of the founding of the Party, and our first priority is to host the Beijing 2022 Winter Olympic Games, which is of great significance to us. In the world today, the role of science and technology is becoming increasingly prominent in competitive sports. We must achieve self-supporting sports science and technology at a high level, to build a sports power. We must integrate multidisciplinary and interdisciplinary forces, advance technology R&D and transformation, and provide strong support for China to make greater breakthroughs in competitive sports. 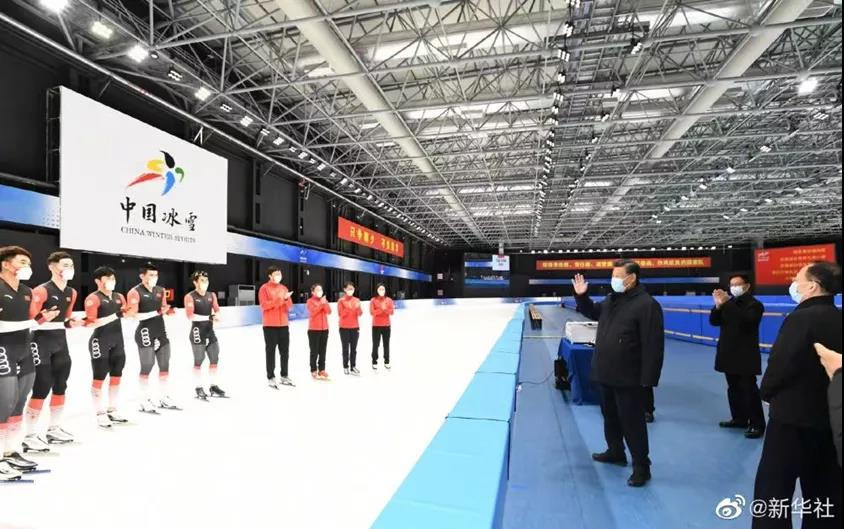 Prof. Liu talked about her feelings of hearing Xi's instructions on the spot. She was even more excited to accept the review by General Secretary Xi as the representative of researchers again after one year.  "We all have limited opportunities in our life, and it is worth fighting for them. Only those who have suffered hardships know the real meaning and joy of success," said General Secretary Xi to encourage athletes preparing for the Games. This is also the case for science researchers. Athletes fight for honor on the field, and science and technology R&D workers also fight for service assurance off the field. To seize opportunities is the best return to your school for its cultivation. No one thought that a project could attract the attention of the whole society, which reflected a powerful country, the rise of China's sports, and the strength of BIFT in organization, design, and science and technology. 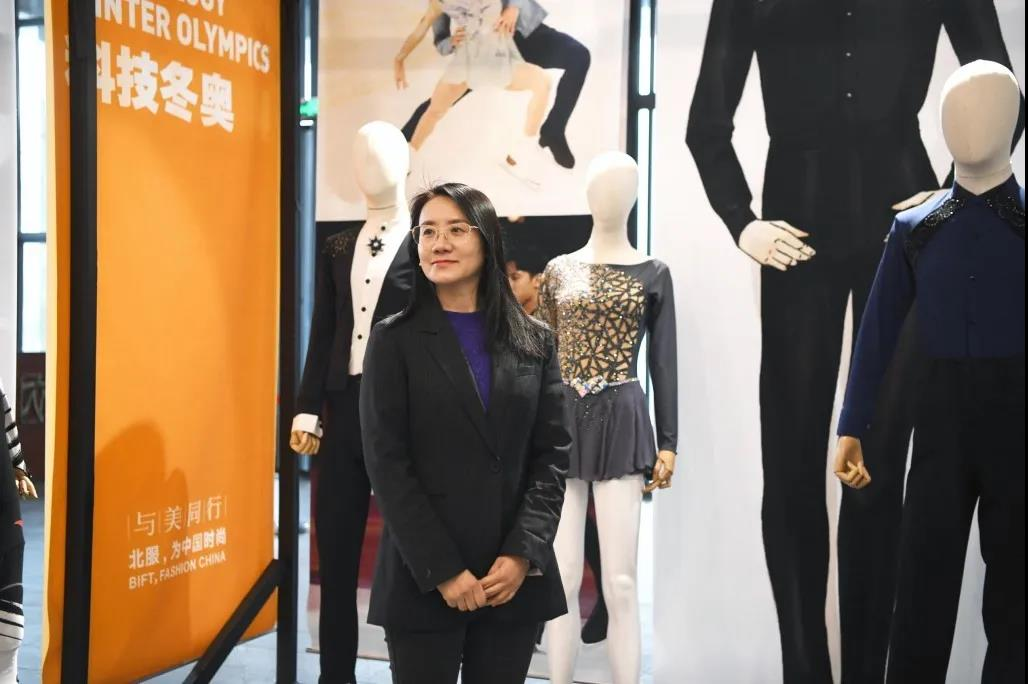 In 2019, the key special project "Key Technology in the R&D of High-performance Clothing in Winter Sports Training and Competition" under the National Key R&D Plan "Scientific and Technological Winter Olympics" was approved, with BIFT as the leading unit. Prof. Liu Li of BIFT as the project leader, and her team made a three-dimensional measurement for more than 400 national athletes, tracked their movements, and studied the stretching rules of their skin stretching. On this basis, they designed and refined the structure of competition clothing in line with the athletes' movement rules to the greatest extent. Prof. Liu Li and her R&D team broke away from the dependence on imports of competition clothing, and achieved "Made in China" above the world level. For example, in the production of competition clothing for the Chinese speed skating athlete Gao Tingyu, 56 clothing structures were compared from modeling to fabric manufacturing, and finally the most suitable clothing structure for technical and tactical characteristics of Chinese athletes, which reduced resistance by more than 10% according to wind tunnel test. 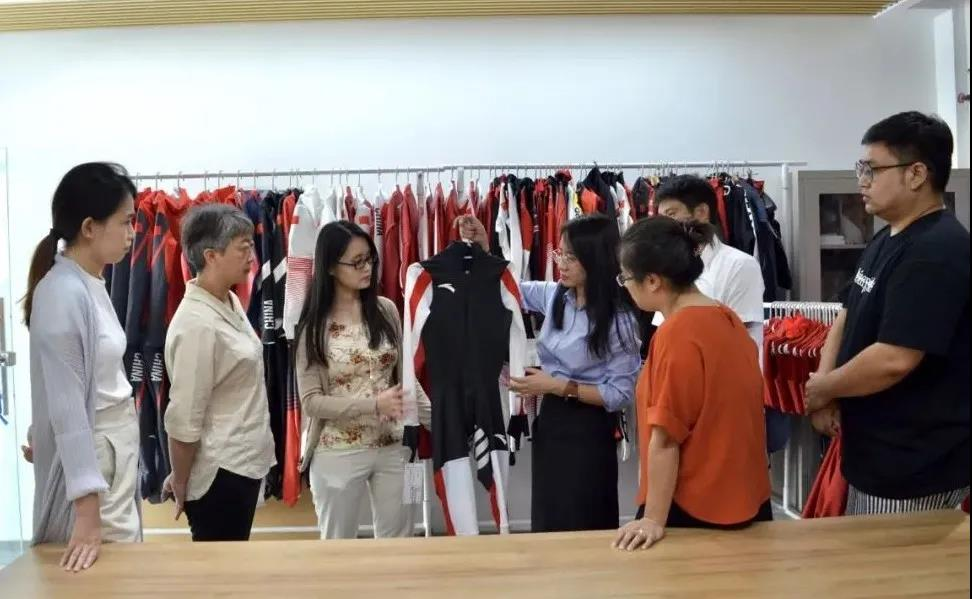 The winter of the 2020-2021 season was the coldest in the past 40 years, when the temperature in the training base was lower than -20℃, and the sensible temperature at higher altitudes could be as low as -30℃. Prof. Li Liu and her team designed the "Fortress" comprehensive thermal insulation equipment for the snow events, including outdoor thermal cushions for female athletes, thermal T-shirts for keeping physical fitness, thermal waistcoats, as well as "quick-release hot pants" for Skeleton athletes, all of which were specially developed for winter training.

To help athletes maintain strength and reduce attrition, Prof. Liu Li and her project team provided gears and back armor for every alpine athletes, which were designed as a column-shaped array impact-resistant structure with energy-absorbing and sustained-release materials, and customized for different figures using 3D printing technology, taking into account drag reduction and protection. At present, the performance of fabrics developed by Prof. Liu Li and her team has surpassed the technology sourced from other countries, which were anti-cutting and soft. 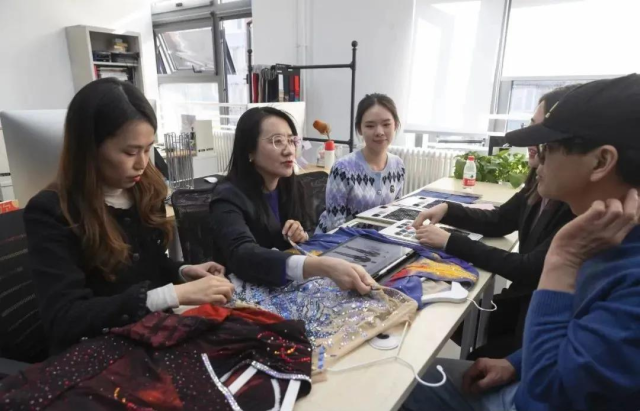 General Secretary Xi pointed out during his inspection of the preparations for the Beijing Winter Olympic Games that, like the path to a Stronger China, our ice and snow sports must also take the road of scientific and technological innovation. In this investigation, he also said that we must achieve self-supporting sports science and technology at a high level, to build a sports power. It was just the right time for the Party Committee of BIFT to put forward the idea of "Power of Engineering Disciplines", and the state leaders have highly valued its important role in the project of key technology in the R&D of high-performance clothing in winter sports training and competition, which just highlighted the core competitiveness of BIFT in sports equipment and sports science and technology. On the carrier of high-performance sports clothing, BIFT will consolidate more strengths of preponderant disciplines, and combine the promotion of Chinese sports spirit with the determination of cultural confidence, and actively contribute to the construction of a sports power with strengths in design, science and technology, and organization.

Moreover, the TV program Focus Report  of CCTV-1 on January 3 made an in-depth report on the battle suits for Chinese athletes in the Winter Olympic Games designed by Liu Li, professor of BIFT, director of National Winter Sports Clothing and Equipment R&D Center, and "Chinese ice and snow scientist" of the General Administration of Sport of China preparing for Beijing 2022 Winter Olympic Games, and her team.