How can technology boost the design of “battle suits” for Winter Olympics? Prof. Liu Li of Beijing Institute of Fashion Technology gives a lecture on CCTV

On October 30, Liu Li, Professor of BIFT, Director of Research and Development of National Winter Sports Clothing and Equipment, and Chinese Ice and Snow Scientist of the General Administration of Sports in preparation for the Beijing 2022 Winter Olympics, was invited to appear on CCTV-1’s “Voice” to talk about how black technology can boost the Winter Olympics battle suits. 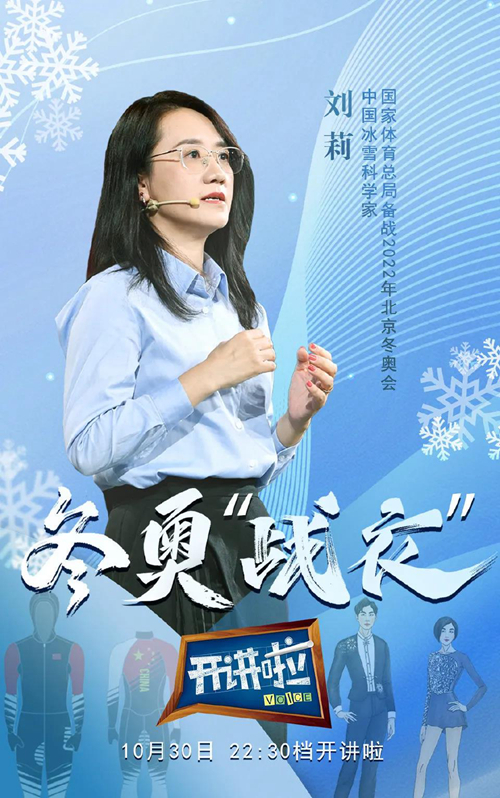 With less than 100 days to the opening of the Beijing 2022 Winter Olympics, the uniforms for the athletes have been the focus of attention. Behind the uniforms that will be unveiled at the Beijing Winter Olympics are more than 2,000 design manuscripts, over 800 hours of wind tunnel testing, more than 110 prototypes and a combination of domestic and international “beauty”.

“In winter racing events, 0.01 seconds can decide a medal. That 0.01 comes from clothing and equipment. There are some key events that we have to dig deeper into, one of which is to give full play to technology. If the preparation for the Beijing 2022 Winter Olympics is a battle, we are now at the point of charge and will definitely give it our best shot!”

With the start of the World Figure Skating Championships in March 2019, Chinese pairs skaters Sui Wenjing and Han Congxian needed to redesign and reproduce costumes in a short period of time. Professor Liu Li was tasked to complete the design of six sets of competition uniforms within three weeks according to the needs of the two athletes. In the end, Sui Wenjing and Han Congxian won gold medals at the 2019 World Figure Skating Championships. 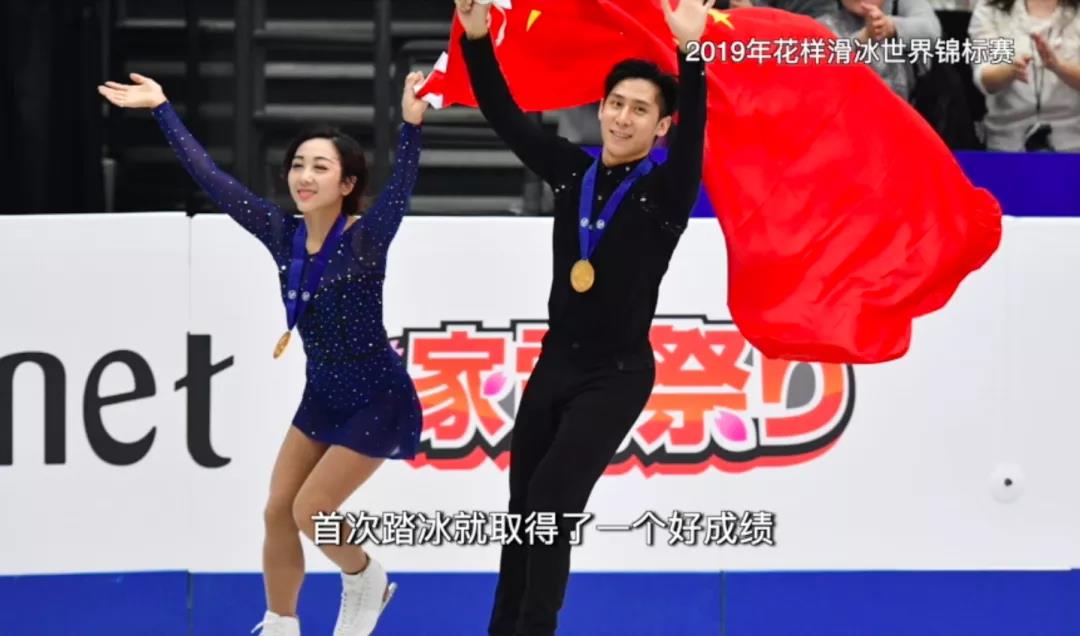 Professor Liu Li said it was vital for China to master its own core technology. Winter sports athletes are prone to danger in the event of collisions or pulls at high speeds, and it is of much higher possibility to get injured in winter sports than in summer ones. Among them, the track of the short track speed skating is short, so it is easy to slip out when increasing the speed when in the curve. It is very easy to get injured. In this context, China must get rid of the reliance on imports and solve the key problems by itself, to achieve independent custom-made for competition clothing, to strengthen the protective nature of the clothing. In 2019, the Beijing Institute of Fashion Technology was approved as the lead unit of the National Key Research and Development Program “Science and Technology for Winter Olympics”, and launched a key special project “Key Technology for Research and Development of High Performance Clothing for Winter Sports and Training Competitions”.

Professor Liu Li and her team have taken 3D measurements of more than 400 Chinese athletes, tracked their movements, studied their skin stretching patterns in detail and then refined the structure of the uniforms to best match the athletes’ movement patterns. In the past, most of China’s high-level ice and snow athletes’ uniforms had to be custom-made from abroad, but now the research and development team led by Professor Liu Li has broken away from the dependence on imported uniforms and achieved the “Made in China” that is beyond the world standard. 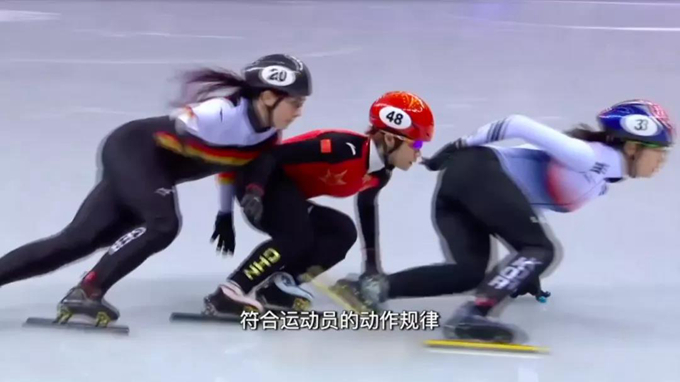 Professor Liu Li said in the programme that the speed skating uniforms were a difficult task that took two years to complete. The production of the uniform of Gao Tingyu, one of China’s speed skating team athlete, from the model to the fabric manufacturing, had compared 56 kinds of clothing structure, with the hat type alone made 21 kinds, and finally selected the most suitable for the Chinese athletes technical and tactical characteristics of the competition uniform structure, whose resistance has been reduced by more than 10% through wind tunnel test. 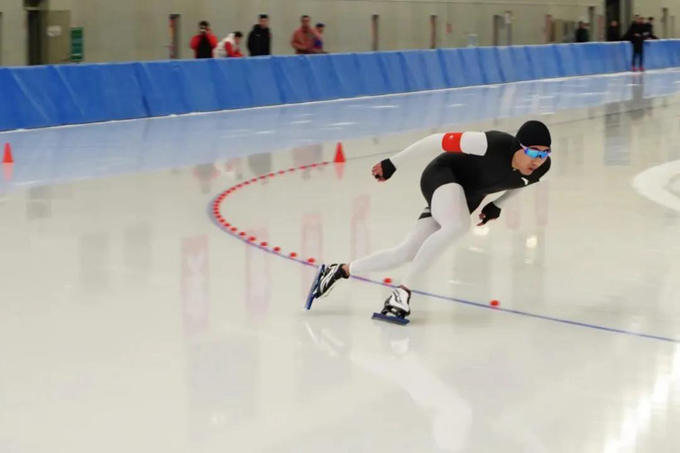 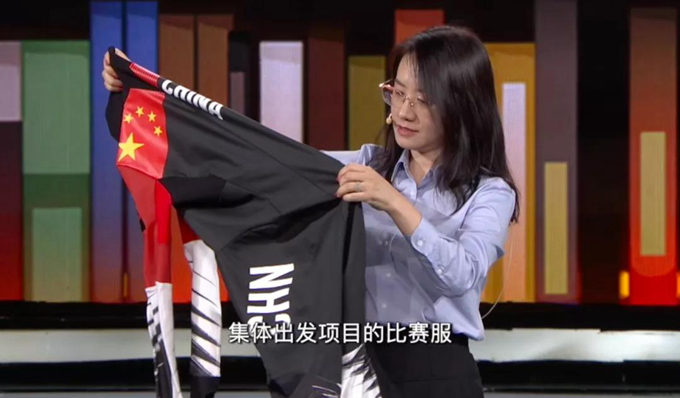 Professor Liu Li said there was a strong scientific and technological boost behind the development of the race suits. The General Administration of Sports has built two major and two minor sports wind tunnels in 2020 to scientifically evaluate and correct the sports posture of every team in winter sports. All the fabrics and designs used in the Winter Olympics uniforms should be “blown” in advance and tested in the wind tunnel, because garment drag reduction can have a direct impact on competition performance, and a 0.01 second increase in speed can help make a key breakthrough. After 800 hours in the wind tunnel and 110 different styles, the design of the uniforms for each speed category was gradually determined.

What is the key to the design of race suits?

Warmth or colour or protection?

Professor Liu Li answered a question on the show that many people are concerned about: do race suits need to be warm? She explained, “warmth actually gets the least attention in designing winter sportswear. There are three reasons. Firstly, in competitive sports, there are warming-up before the race and muscles are already in an active state, except for long-distance sports. The heat of the body is not yet fully conducted during the short minutes of the race and does not need to be warmed. While athletes gradually release a lot of heat during long-distance events and do not need to worry about frostbite. Secondly, as in the case of alpine skiing, the FIS has strict regulations on parameters such as wind permeability of the race suit. Thirdly, all competitive sports are performance-oriented and any design that hinders the achievement of results will be considered ineffective.” 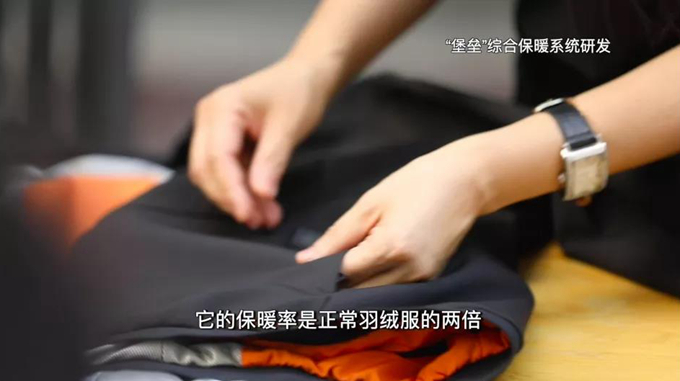 However, it is important to keep warm before, after the competition and on a daily basis. The winter of 2020-2021 will be the coldest in 40 years, with temperatures at the training base reaching over -20 degrees Celsius, and at higher altitudes feeling as low as -30 degrees Celsius. Professor Liu Li’s team has designed the “Fortress” comprehensive warming equipment for snow sports, including outdoor heated cushions for female athletes, heated T-shirts and waistcoats to maintain fitness, and “quick release hot trousers” for easy on and off in skeleton sports. The “Heated T-Shirt” and “Heated Vest” for female athletes and the “Quick Release Hot Pants” for the skeleton sports are all specific developments for winter training.

Professor Liu Li added that the colours and patterns of the competition uniforms for the skill events would also have an impact on the judges, so the team carried out a refined study in the design and invited national and international judges to participate in the tests. The audience expressed their anticipation of the final design. 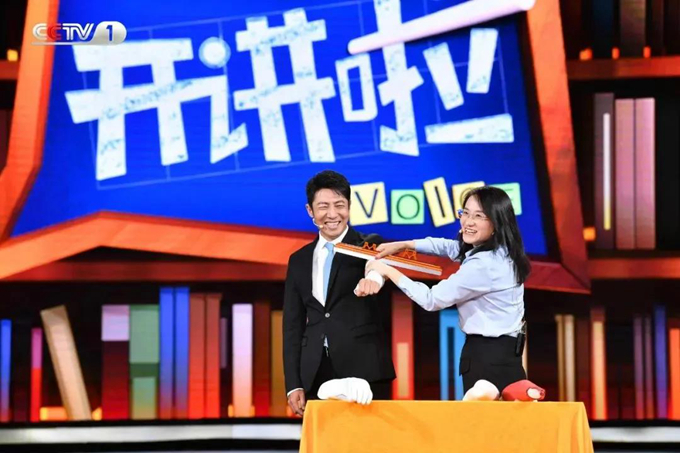 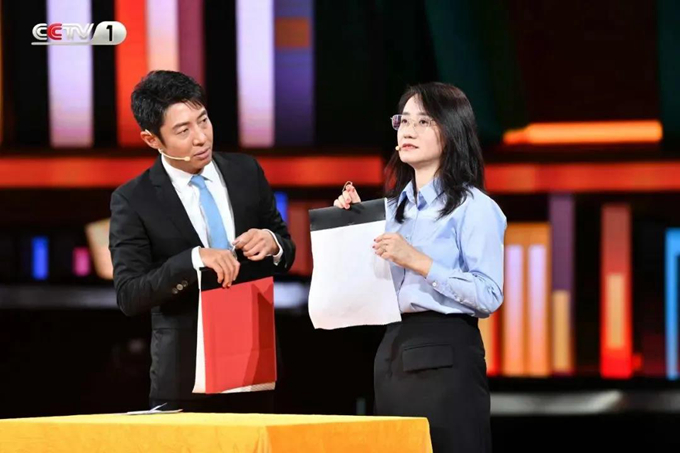 Sa Beining, the moderator, and Professor Liu Li are interacting live to test the fabric.

The audience is asking questions.

Q: How do they wash this high performance race suit? Can it be washed in water?

A: Except for figure skating uniforms which require special maintenance, all other types of uniforms can be machine washed and hand washed normally, using the gentle mode. High technology does not mean high cost of maintenance, and it also needs to provide the most convenient user experience.

Q: What if an athlete gains weight before a race? Will tailor-made competition clothing affect performance?

A: Most athletes will be lean and the clothing will usually be prepared for the competition and will be 3D measured for the athlete at any time as the race progresses and customized using the latest data.

All variables are taken into account by the research team. 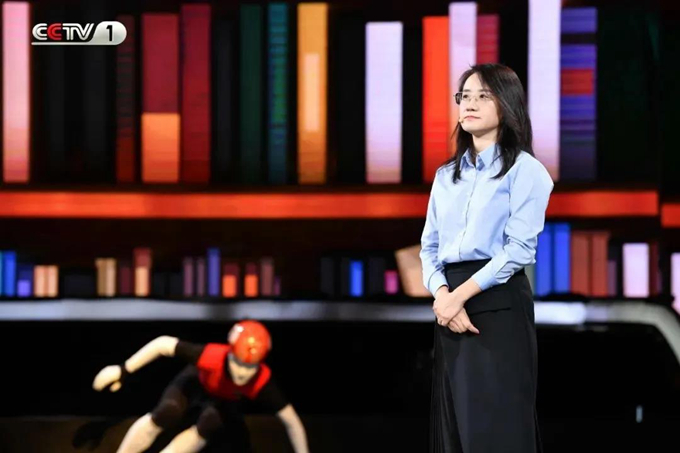 Professor Liu Li concluded in the programme with the following emotional words, “as a researcher, the research in the field of clothing science that I am involved in has never been more exciting and anticipated. Our research and development team and athletes have gone beyond the relationship of research and being researched in the process of service and security.” Professor Liu Li expressed her anticipation for the opening of the Beijing 2022 Winter Olympic and Paralympic Games and encouraged young people to dream, think and act, but also to be bold and courageous, and to shine on a stage where they belong.