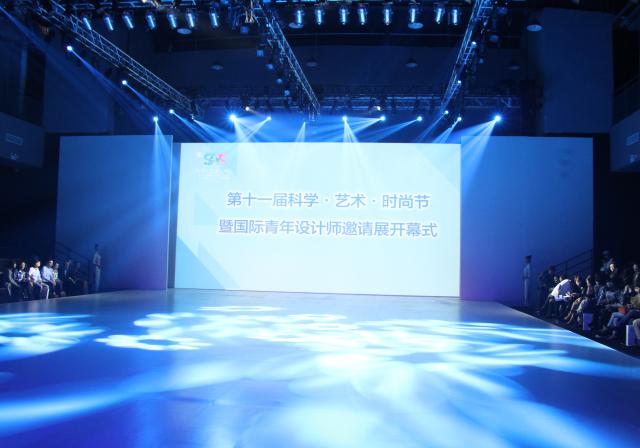 In 2003, the Publicity Department organized the first School Festival in BIFT– “Science. Art. Fashion Festival” (formerly known as “science. Art. Costumes Festival” ), which means “to create a modern concept of clothing through the perfect combination of art and science”. It aims to showcase the achievements of the school and highlights the characteristics of combination of art and technology so as to cultivate the campus culture and expand the social influence of BIFT. Almost held once a year, it has become an important carrier and platform for the construction of university culture in BIFT. Revolving around one theme each session, the Science, Art, Fashion Festival will hold intensively academic activities, exhibitions, school-enterprise exchanges and so on. In 2003, with “Modern Clothing -- Perfect Combination of Tradition and Times & Science and Art” as the theme, the festival created a strong campus culture through the static and dynamic displays, forums and exhibitions and so on. In 2004, with “Education Creates Colorful Campus” as the theme, the festival highlighted the characteristics of BIFT through the establishment of a Student Work Show Street and Splendor Studio. In 2006, with “Serving the Society with Knowledge” as the theme, the festival promoted BIFT’s cooperation with enterprises through exhibitions, trade fairs and fashion shows. In 2008, with “Innovation and Olympic Dream "as the theme, the festival showed the working process of the design team of Olympic apparel and the relevant stories, highlighting the creative power of BIFT. In 2009, with “History Makes Today" as the theme, combined with the 50th anniversary of BIFT, the festival launched such activities as the static and dynamic displays and academic exchanges. In 2010, with “to Inherit the Traditional culture, to Stimulate the Youth Fashion "as the theme, the festival showed the traditional cultural elements and concepts on the stage of fashion. In 2012, BIFT Park opened and the festival, with “to Combine Science and Art, to Integrate Innovation and Fashion" as the theme and revolving around Beijing cultural and creative industry development, held Forum on Textile Materials and Processing, College Students Creative Market and fashion shows for Blue Print Collection ---BIFT’s independently designed brand. In this festival, the store with a brand developed independently by BIFT was also opened and the institute’s academic atmosphere was enhanced.   In 2013, with “Discovery. Heritage. Innovation” as its theme, the festival opened together with  the opening of Exhibition of Graceful Fashion in Dunhuang Grottoes Era and showcased Dunhuang Art in a multi-dimensional way, which was the first time for “Dunhuang Fashion Art” to enter the campus. In 2015, with “Cultural Revival, Fashion Integration” as the theme, the festival mobilized all the teachers’ and students’ enthusiasm of learning and innovation.